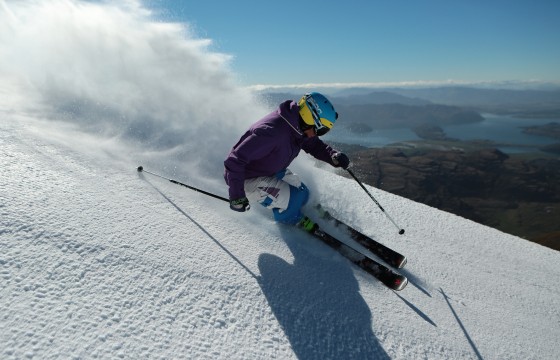 Treble Cone is the South Island’s largest ski area, offering an award-winning snow experience to skiers and snowboarders of all levels.

This expansive mountain has the longest vertical rise in the Southern Lakes, covering 550ha of diverse terrain, offering something special for all levels of skiers and snowboarders.

For those new to snow sports, Treble Cone has a FREE beginner surface lift and un-crowded slope, located alongside the comforts of the Base Lodge and Café. For the more adventurous, the long ungroomed trails offer a seemingly un-ending playground to refine new skills learnt.